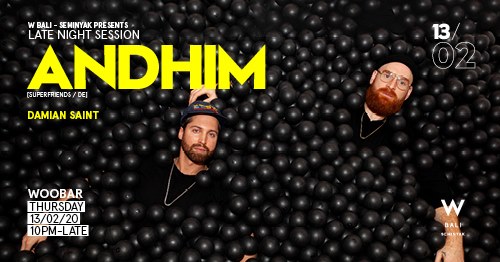 It was spring 2010 when the cologne natives decided to kick their ass into gear and get out of their Studio to bring their beats to the world. Less than 12 months later Andhim were voted in the top-ten German newcomers of Groove and Raveline Magazine and their records were found in the cases and remix-wishes of many unknown and famous DJ’s alike.

When performing live one can really feel the full commitment and passion of the boys.Energetic, creative and always entertaining, they present their very own interpretation of electronic dance music that makes dads cheer and mums scream. The boys see the record player as their instrument, which they use to create new sound worlds, which separates them from the standard reproductive character of a DJ.